This version fixes a bug in handling config files. Recommended for all users.

This version adds many small improvements to the integrated state diagram editor.

This new version adds Rust as a language backend.

This new version fixed several issues related to misra 2012 rules. As a result also some recommended parameter settings are published here to get you started. Recommended for all C/C++ users.

This new version improved region handling for own instance data types. Recommended update for all C backend users. Additionally it improves XMI parsing of attributes and methods for the various supported UML tools.

This new version allows to add attributes and operations to EA/UModel class diagrams. They are added to the generated code. An example about the creation of signal forming function blocks shows the new possibilities in detail.

For users of the built-in state machine editor and the C-backend a new dialog shows all the configuration parameters and how they influence the signature of the generated state machine handler. 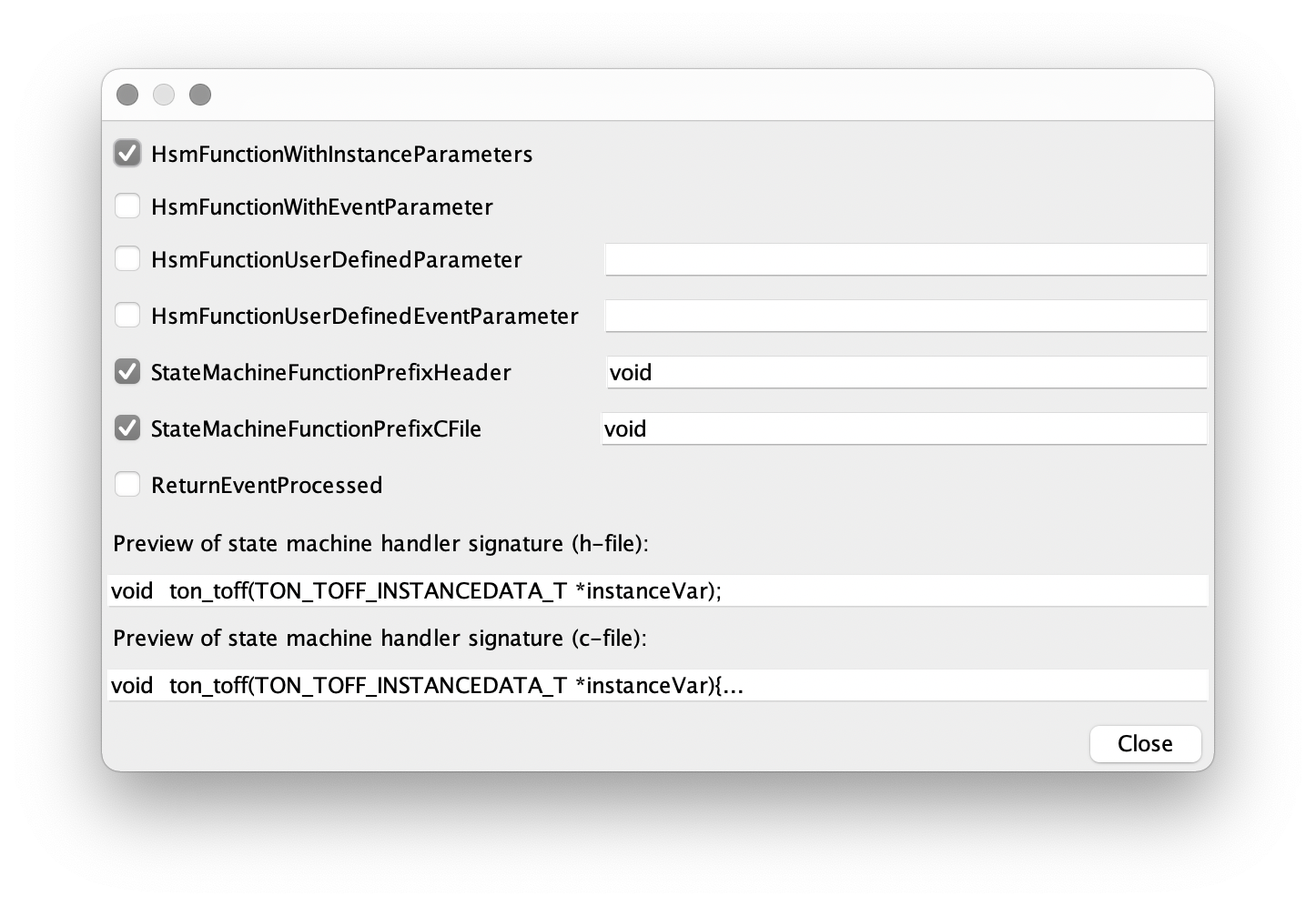 New Windows/Mac installer (thanks to Java 17) makes life easier for users who are not at ease with the command line. C++ backend now supports the ValidationCall parameter.

Several usability improvements, bug fixes and new functions esp. in the built-in editor. Recommended for all users. A detailed change log is available in the Codegen Manual. 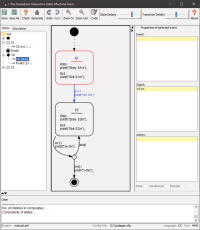 This new version provides a backend for Lua. It is the first state machine code generator from UML state diagrams/machines to Lua. Lua is a lightweight, embeddable scripting language. It follows the approach described by Roberto Ierusalimschy in his book. More information is available here.

This is a bug-fix version and recommended for all users. For users of the Cadifra tool connection points were added to keep oversight in complex diagrams more easy. Connection points are a well known concept in circuit diagram drawing tools. More details can be found in the sinelabore manual (Cadifra part).

This tutorial explains the use of state machines with the PIC16F18446 Curiosity Nano board. Go on reading ...

Tests of new EA version 13 were successful. If you find any flaws using the codegen with the new version send a bug report please.

20.9.2017 | QuickStart tutorial on how to use the code generator with Energia on GitHub

Energia is based on the Arduino IDE and is a great IDE for processors form Texas Instruments. The new example on GitHub shows the integration of code generated from the sinelabore code generator into the Energia IDE. What does the demo do: The flash frequency of the green LED on the MSP430FR5969 LaunchPad can be controlled. A minimal timer and queueing lib is used as basis to be prepared for much more challenging tasks. You will see the benefit of state machine modeling over direct coding. Take a look at the state diagrams and the generated code here! Or download the example and try it out yourself.

Recommended for all C# users and those who use the built in editor/simulator.

There is a new article in the “Designers Toolbox” explaining the special features for for High-Availability and Safety Systems offered from the C-backend.

With version 3.7 is is now possible to generate Python code. The state machine code is generated as a Python class. All relevant state machine features are available. Look into the manual for details. The fully working microwave oven code is available in the examples folder. It contains a TKinter GUI wich makes simulation and testing of the generated state machine even simpler.