In this guideline you learn how use the SinelaboreRT graphical editor based on the following state diagram and generate code from it.

State machines show the dynamic behaviour of an application. It is a graph of states and transitions describing the response to events depending on the current state. State machines are used for decades in hardware design. And during the last years also more and more in the area of software development. Especially in the embedded real-time domain the use of state machines is popular because the behaviour of devices in this domain can be often very well described with state machines.

An important aspect of state machines is that the design can be directly transformed into executable code. This means that there is no break between the design and the implementation.

Like the code generator the visual editor can be used across most platforms like Windows, Linux and Mac.

The state machine editor was designed to allow to create state machine designs within minutes. Compared to other general purpose UML tools the number of required clicks and time is significant lower.

To use the visual editor the following software is required:

We assume in this manual that you installed all tools directly under C: (for Windows). Your output should be similar to the one below (version numbers might differ). If you selected different installation paths adjust the examples in the coming sections accordingly.

The state machine editor was developed to efficiently create state charts. Therefore it uses a tree based creation approach and not a graphical based approach that is normally used by UML tools. The graphical representation of the model is generated automatically. No time needs to be wasted to move graphical elements around to create a nice looking drawings. State and transition details can be provided with view clicks. Dedicated code entry fields provide syntax highlighting and allow definition of guards, actions and entry/do/exit code.

Once the diagram is ready it is possible to directly generate code form it. Or alternatively save the model file and call the code generator on the command line to generate code separately (e.g. in your make file).

Open a Command window on Windows (or a terminal on MacOS/Linux) and start the editor as follows.

Using the command line flag -E starts the state chart editor. -p ssc defines the model file format (the native editor format which is XML based and human readable). The path to Java executable must match your installation.

Most probably you have not yet created a configuration file so far. Within the configuration file you can influence the code generation and adjust other parameters. Therefore the editor asks you to point to the dot.exe file. To avoid this step next time create a file called codegen.cfg with the following content. The concrete file path to the dot.exe depends on your system. Adjust the path accordingly.

Store the codegen.cfg file with just the dot path in it at the users home directory. Then the codegen automatically finds the dot program for all further projects. If you bought a license add the path to the license file too.

After the dot.exe was found the editor window will appear and everything is ready for creating your first state diagram. So far there is only an empty workspace as shown in the next figure 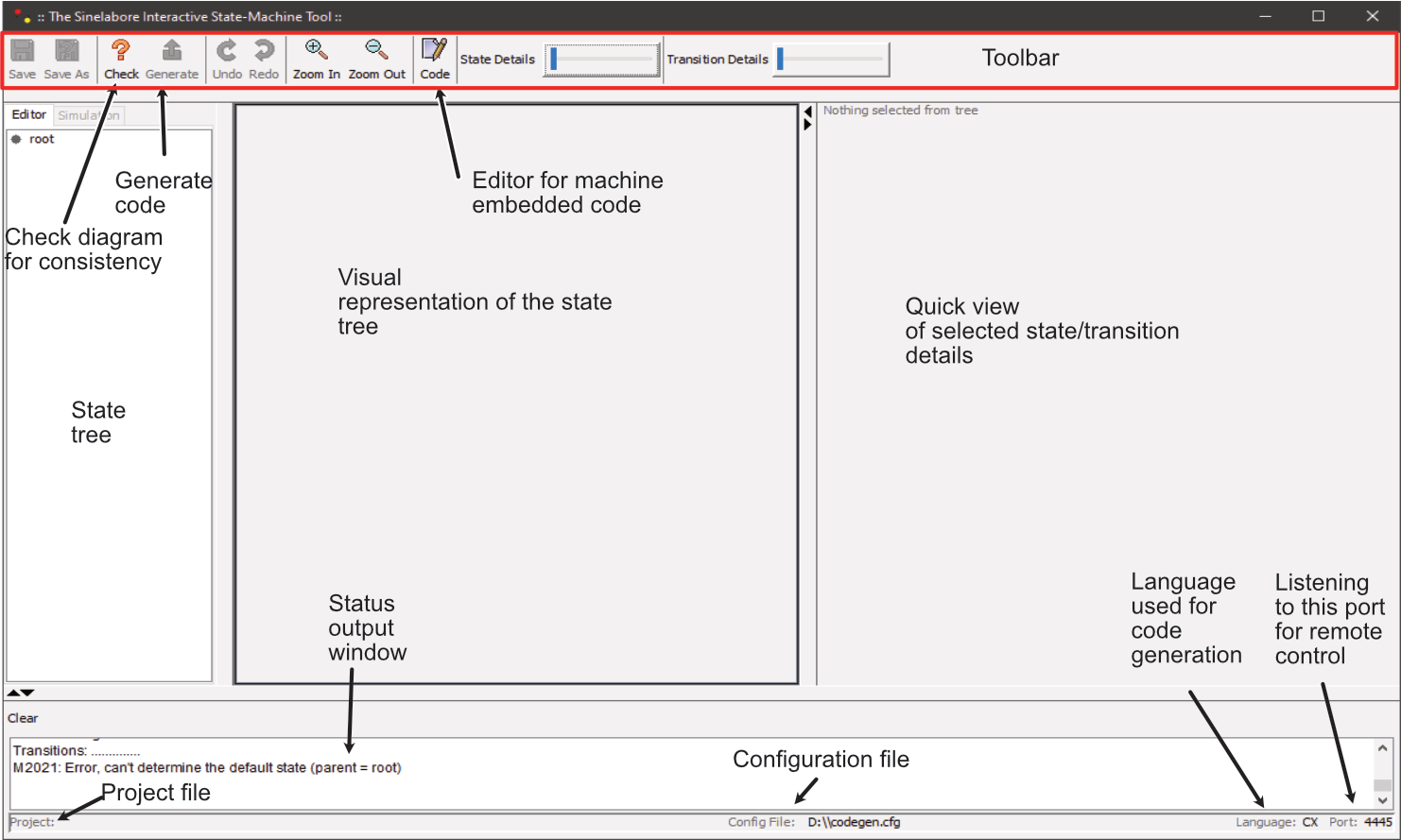 In this section we create a diagram as shown in figure 4.

To add a new state select the root node and right click to bring up the context menu. Then select Insert state. At minimum a unique state name must be specified. Also add some entry and exit code as shown in final diagram (see figure 4). This will help you to follow the state flow in our demo application later on. Once done click OK to close the dialog. 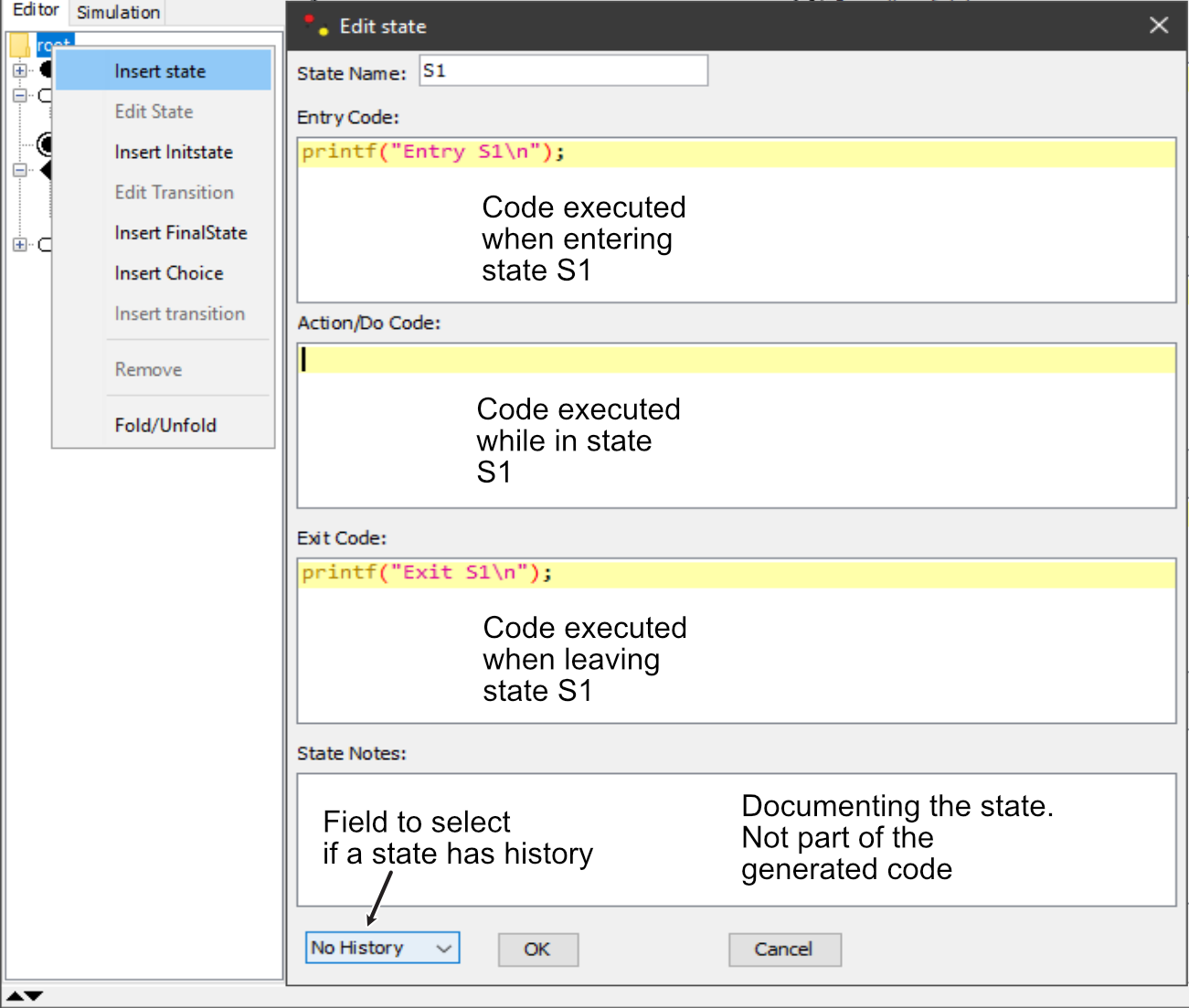 Figure 2: Create/Edit a state. All relevant properties can be directly provided.

The new state was created and shown as graphical diagram. There was no init state yet so it was created automatically for you too. 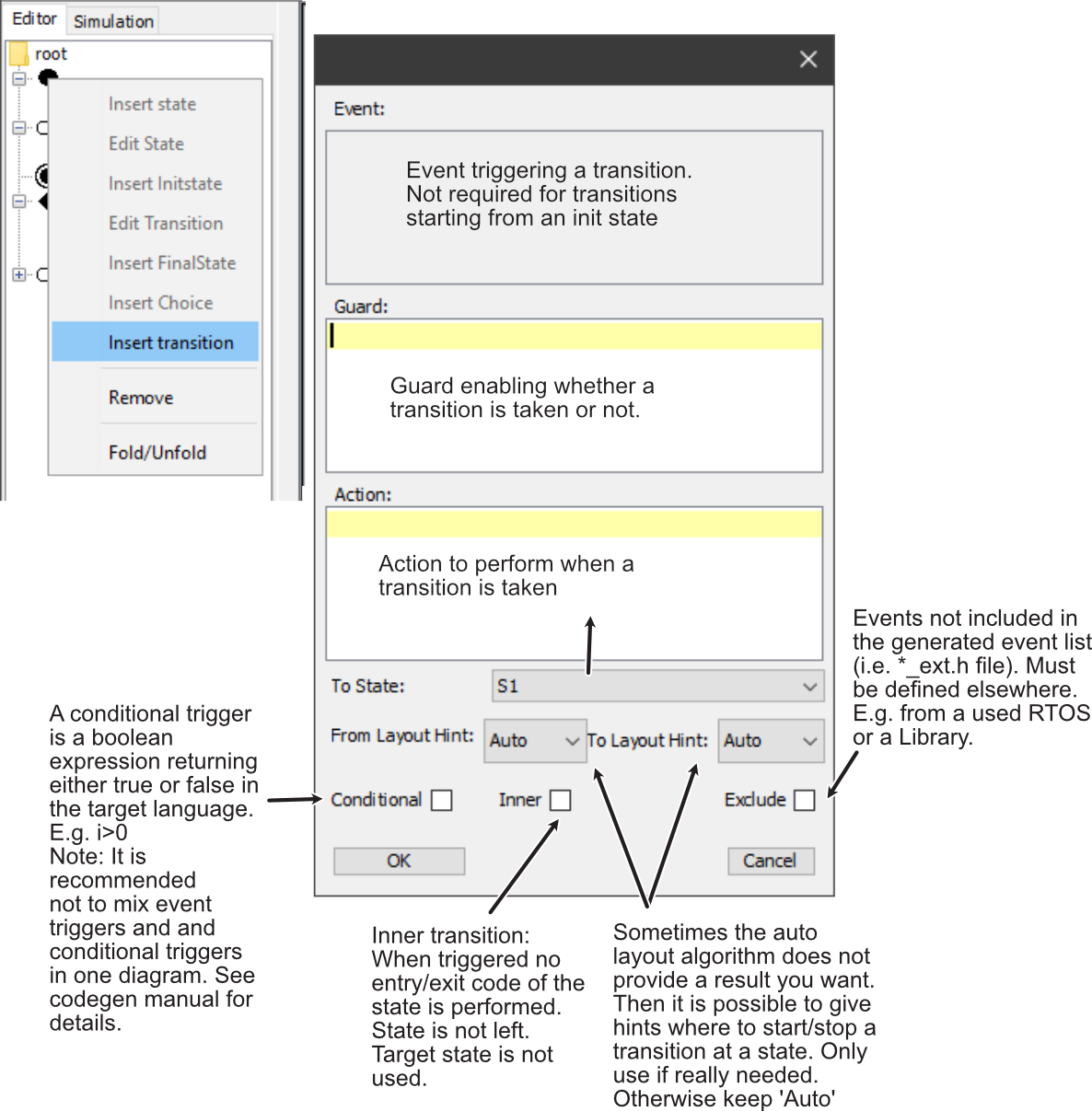 Figure 3: Creating a transition with triggering event, guard, action and other properties.

Adding a choice works like adding a normal state but no properties can be entered. State names for choices are automatically assigned. Right click on the topmost root state and add a choice.

Congratulations! You finished your first state machine diagram now. It should now look like figure 4.

The status output window shows that there are no errors in the model. Therefore it is possible to save it now. To save the diagram use the 'Save As' button. Once saved, you can find the project name in the info bar at the bottom of the editor window. Use manual.xml as file name. 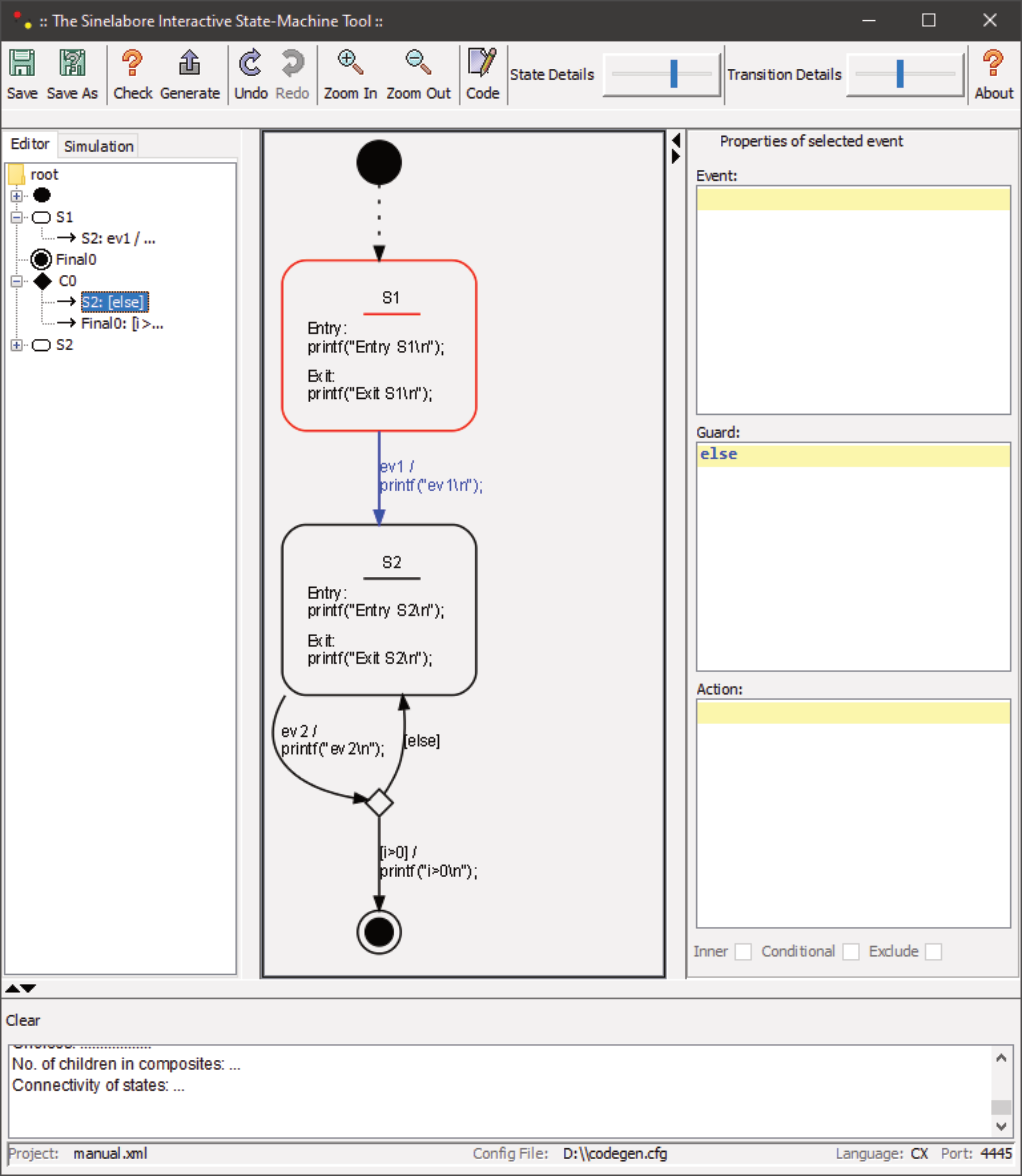 Figure 4: The first diagram with an init state, a normal state, a final state and a choice.

To start the editor again and directly load your project, provide the project file name as last parameter on the command line. Example:

In opposite to typical UML modelling tools the editor allows only to draw valid diagrams. E.g. it insists that a transition has always a trigger. Or a state name is always present and unique. In case you deleted a state or transitions and there are inconsistencies the built-in model checker warns you. Before not all problems are fixed it is not possible to save the diagram or generate code.

Before you actually can generate code you need to do the following steps: 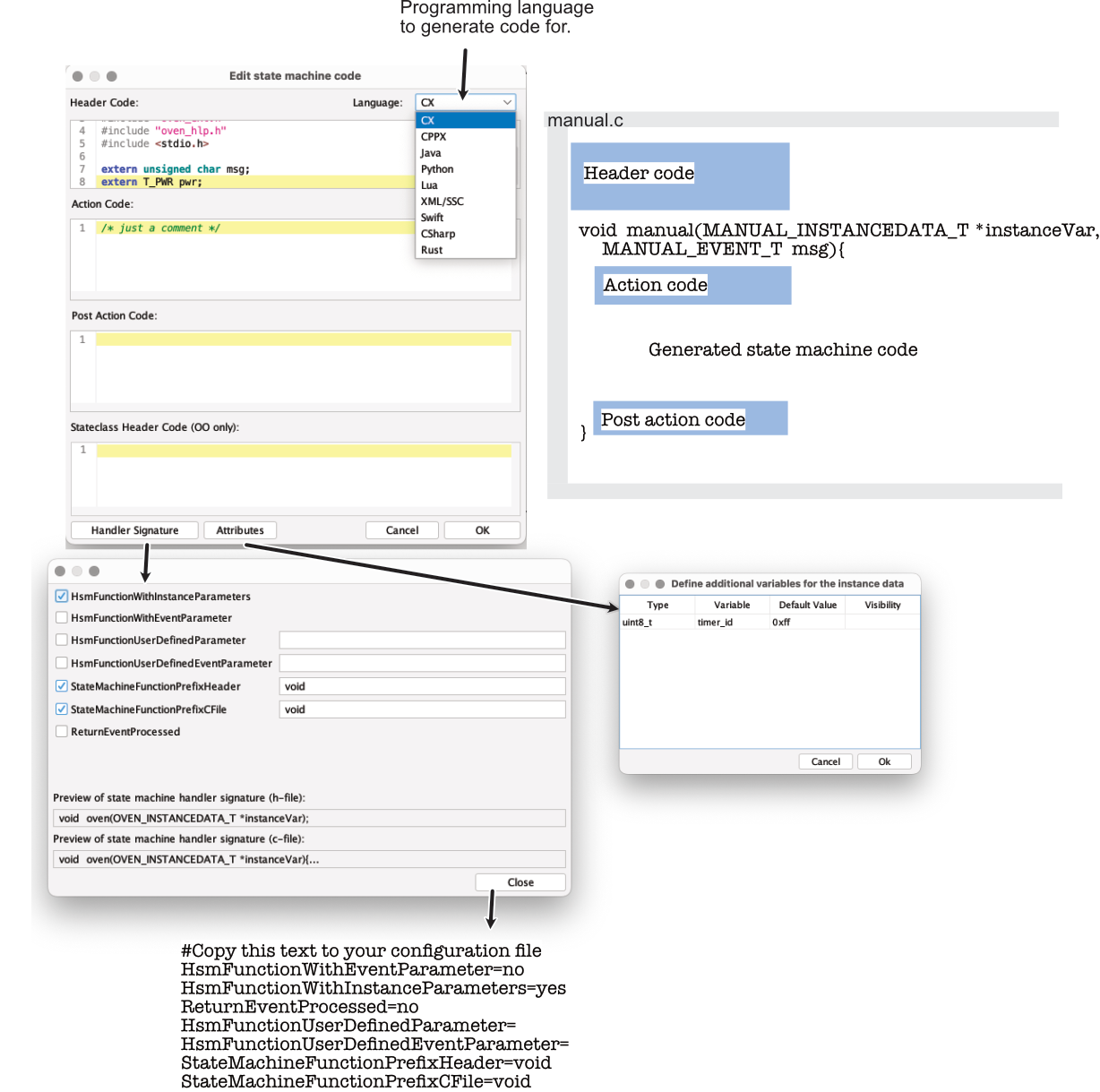 Figure 5: The code window allows to select the programming language and the various code sections inserted into the generated code. g

In case the state diagram has no errors (check performed without any faults) you can press the generate button. Otherwise look in the status output window what the problem is and fix it. The code is generated to the same folder where the project file is located.

The following files were generated:

To built the first application we need a small main program to call and stimulate the generated state code.

Here is a simple main.c that you can use.

This simple code can be compiled with basically any compiler. I installed gcc for windows on my PC. To compile the code use the following command. If you had no typos you should see no compiler errors.

Now call the manual.exe. The output is like follows:

In this manual you learned how to install the SinelaboreRT tool and how to use it to model a state machine. We also generated fully automatically the state machine code from your model and executed it. Hope you are convinced how easy it is to create state diagrams and generate code from it once you set-up the required tools.

As next step I recommend you to modify the state diagram, recreate the code and understand more and more the possibility you have. Have a look into the code generator manual about supported configuration options and further command line parameters.

Go on reading with part II

*) All the details are described in the code generator Manual.