A UML state may be divided into regions. Each region contains sub-states. Regions are executed in parallel. You can think of regions as independent state machines displayed in one diagram. The state machine below (Fig. 1) shows several regions each running in parallel in the state Active. Dashed lines are used to divide a state into regions.

Consider a microwave oven. The power setting, light and microwave radiator are be considered as independent (concurrent) parts of the oven, each with its own states. The door and timer as the main external trigger are used in the regions to trigger state transitions. For example the radiator is switched on if the door gets closed and the timer is > zero.

As you can see multiple concurrent regions can be used to explicitly visualize different parts of a device. And all the states in the one diagram.

The model and the generated code thereof is provided in the examples folder of the current release. 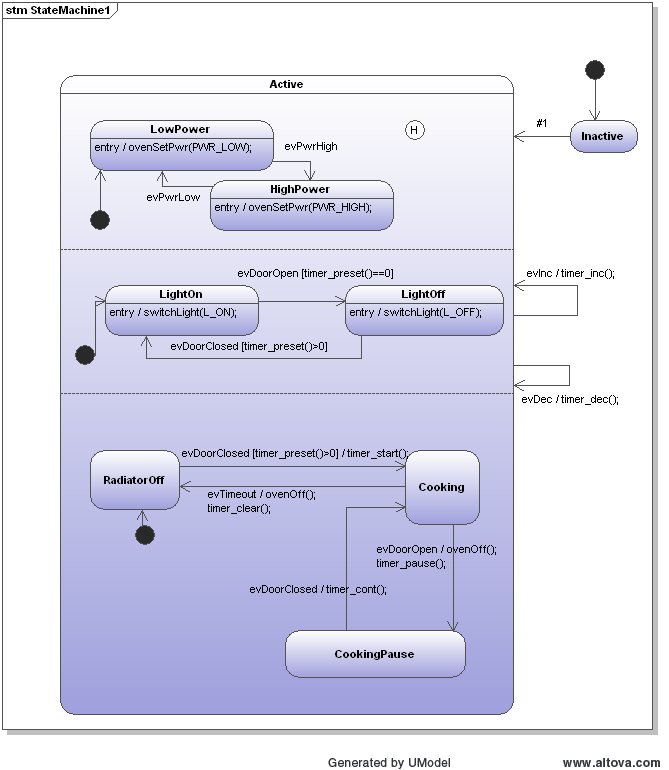 Modelio is an open source modeling environment based on Eclipse and providing high quality UML modeling capabilities. Commercial support is available too. The following figures show state diagrams created with Modelio. The tool runs on Linux and Windows. 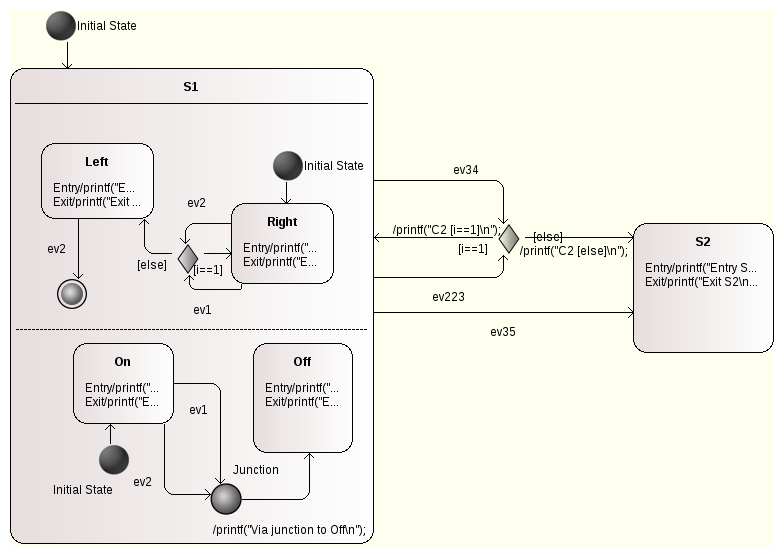 Model with a sub-machine in state S2.

For a quick start download the latest release version and import the microwave oven into your Modelio workspace.

This new version is free for users who bought their license within the last two years.

yes and no. You can generate C++ code with regions in it. But it does not copy the instance data yet. See section 6.2 in the manual.

Does the CX language support for regions include C++?